There are many people in our community working to create positive change to end sexual violence. We want to feature as many of them as possible. If you would like to submit a recommendation, please email prevention@star.ngo.

1. What is your relationship with STAR?

I am the Sexual Assault Response Team (SART) Coordinator for STAR’s Capital Area branch. As the SART Coordinator, I assist survivors of sexual trauma by communicating with community partners about issues facing survivors and also by coordinating quarterly SART meetings.

The SART is comprised of representatives of local and state agencies that systemically have dealings with survivors of sexual trauma and have taken an active role in improving the way the system interacts with survivors. These include representatives of law enforcement, non-profit agencies, the BR Children’s Advocacy Center, the EBR District Attorney’s Office, area hospitals, the EBR Coroner’s Office, educational institutions, and the State Police Crime Lab.

As a team, we work together to provide collective solutions to the problems that face survivors of sexual trauma, with the goal of improving reporting and prosecution rates. 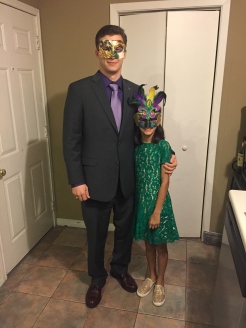 2. What led to your work in sexual assault prevention and/or response?

I first learned about STAR while a student at LSU, when STAR was a service-learning site for one of my English classes. Once I came to STAR, I became engaged in some intense and meaningful conversations with STAR’s Vice President, Rebecca Marchiafava, which challenged me to become more involved and to take a more active role in acknowledging that sexual violence is more prevalent than is often portrayed in today’s society. Upon graduating from LSU, I applied for the SART Coordinator position at STAR, which has allowed me the opportunity to challenge others’ ways of thinking about sexual violence and effect positive change within my community.

3. What do you find most rewarding about your work at STAR, and what motivates you to keep going when things get difficult or discouraging?

The most rewarding part of my job is being able to help people resolve issues in a way that makes their life better or assists them in their efforts to participate in the criminal justice system.

In times of crisis, when multiple problems pile up, we as human beings have a tendency to become defeatist because obstacles may seem insurmountable. It is incredibly rewarding to be able to take some of that weight off of someone’s shoulders by providing them with the encouragement and resources necessary to empower them to tackle the obstacles in their way, and as a result I am able to see the joy and change when these issues are resolved. As a by-product, this gives me the energy and motivation to power through the difficult times we face in this line of work.

4. What are some simple, day-to-day ways you promote positive change in your community?

One of the main ways I promote positive change is through my interactions with people, by challenging how they think about issues related to sexual violence. I feel this is one of the more effective ways of promoting change because this was how I became more informed and started to look at these issues through a different lens.

5. What advice would you give to someone who is hesitant about becoming an active member of this movement?

There really isn’t a reason to be hesitant about being vocal toward ending sexual violence. Historically, this is an issue that affects everyone regardless of gender, race, sexual orientation, religion, socioeconomic status, age, or any other category you can think of. This is an all-inclusive issue and the only solution is an all-inclusive one.

Whether people realize it or not, we are all affected by sexual violence, directly or indirectly. This issue doesn’t need just certain groups speaking out against it, this issue needs all groups involved in the conversation to bring awareness to the topic and ultimately solve the issue.