There are many people in our community working to create positive change to end sexual violence. We want to meet as many of them as possible. If you would like to submit a recommendation, please email prevention@brstar.org.

Empathy is not always easy, but it is a necessity if we are to build a world with less violence. –Margaret Reynolds

1. What is your position at STAR? 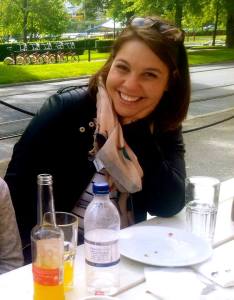 MR: I am the Greater New Orleans Regional Director at STAR. It is my job to oversee our New Orleans-based operations, ensuring that staff members are supported and that our office is growing while providing excellent services to the community.

Both because this branch is new and because this is the first time STAR has expanded to a new region, no two days are the same for my position.

2. How did you come to work at STAR and/or in the field of sexual assault prevention/response?

MR: Like most people, this was certainly not the career that I expected.

While in college, a friend asked me to direct the campus performance of Vagina Monologues. I declined. At the time, I was embarrassed to say the word “vagina” in public, and I am no expert on theater. However, she insisted. So, 3 months later on the eve of our first performance, I stood in front of 50 nervous students asking them to share why they had decided to be in this performance.

While their answers were unfortunately expected, their outcomes were not. Almost 45 of the 50 women were survivors of sexual trauma, and not even 10 had reported. Those that had reported said that sexual assault systems response workers did not believe them or told them they were to blame for what had been done to them. The doctors had prodded them, the police had taken their story, the DA had considered their case, and the system had failed them. For those who hadn’t reported, the negative reactions of friends and family were often worse than the assault itself. After that night, I was angry and I was hurt, but my life’s work had become clear. 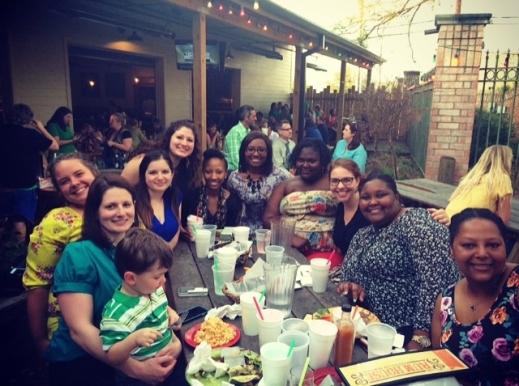 During my MPA, which focused on nonprofit leadership, I became heavily involved in the New Orleans Sexual Assault Response Team. I met others with intelligence, drive, and passion, like my future boss at STAR. Racheal told me about STAR, a fast-growing nonprofit, where all services for survivors are free and confidential. A few months later, she offered me a job in Baton Rouge, and (of course) I took it.

STAR is run efficiently, and it is a joy to work here. The effects of sexual violence are wide-reaching and deep, but STAR works everyday to support individual survivors and create a culture to eradicate sexual trauma. 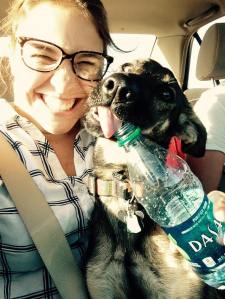 3. What do you find most rewarding about your work at STAR?

MR: I am most energized when I motivate others. I feel rewarded when I help my staff members work to their potential, when I see growth and excitement, when I lead a program to success, and when I structure what was unstructured.

4. What motivates you to keep going when things get difficult or discouraging?

MR: When I am especially frustrated, helping in some direct, palpable way (e.g. going on a call-out or talking to a survivor) makes me feel connected.

5. What are some simple, day-to-day ways you promote positive change in our community, outside of your work duties?

MR: Around age 17, my dad took me on a road trip. One night, tired and not quite able to make it to our campground, we rented a room in a Motel 6 somewhere in Arkansas. The night was uneventful, and, the next morning, fully rested and hungry, I went to the lobby to check out the continental breakfast scene. 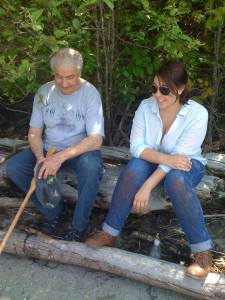 When I got back to the room (extra muffins in hand), my Dad was picking up all the towels I left on the bathroom floor and putting them next to the sink. When I asked him why, he responded that the maids were probably bending down all day, so he should do what he could to make their job easier.

10 years later, I try to follow this example. Empathy is not always easy, but it is a necessity if we are to build a world with less violence.

6. What advice would you give to someone who is hesitant about becoming an active member of the movement to end sexual trauma?

MR: This work is not as hard, depressing, or scary as one might think. At the end of the day, you’re dealing with people–people who like the same TV shows as you, who have kids like you, who go to school like you, and people who can handle really hard things, just like you.

As in most fields, there is a good fit for almost everyone. Use your strengths and help. 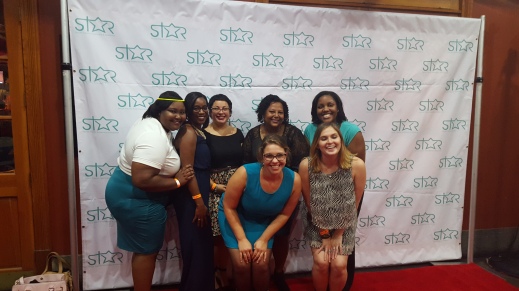