Police arrested a 34 year old man accused of raping a woman in front of her son. See more here.

Two men accused of having sex with a 13 year old girl in a Baton Rouge hotel. See here for more.

Racheal Hebert, our executive director here at STAR is quoted, talking about the how consent is obscured in our society:

“So the issue is then when people see these cases and they think, ‘Oh, the girl consented,’ but if you really look at what type of power the perpetrator has over them, or in this case a (relative) who is older, you really can’t argue that that person could have consented when there could be some coercion or threats involved in that person engaging in what’s perceived as a consensual act.”

She goes on to say that these cases are very common, and that “they are a huge problem in Baton Rouge, because we’re not addressing the real problem, which is why do we feel that adults have entitlement to have sex with people who are children.”

Congratulations to one of our STAR volunteers, Alex Juan, for getting the executive director position at USS Kidd Veterans Memorial & Museum! See here for more. 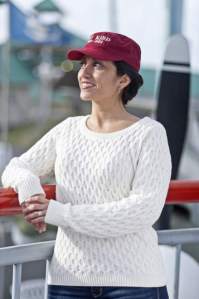 Youtube video advertisement turns the male gaze back on itself.

“Exactly one year after the horrific rape case in Delhi that became international news and drew global attention to violence against women in India, that turns the tables on men who ogle women in public. The film shows four scenarios where women are subjected to the ever-pervasive male gaze while going about their daily lives.”

Masks Off – A Challenge to Men

If a man asks what women have been asking for centuries, will men finally listen?