Reported rapes increased by 20 percent… Racheal Hebert, executive director of STAR, said she believes the increase in rapes is due to more people reporting, not necessarily an increase in rapes.  Click here for more.

Baton Rouge police are searching for a man accused of choking a woman until she passed out and then raping her in mid-September.  Read more here. 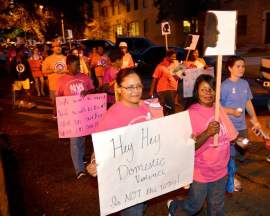 Study conducted by the Center for Innovative Public Health Research in San Clemente, CA says sexual assault isn’t rare among teenagers.  Nearly 1 in 10 young Americans between ages 14 and 21 acknowledges having perpetrated an act of sexual violence at least once. See here.

Have you ever wondered how you can ask for consent?  Here’s one way how.

A Personal Experience of Harassment*

One woman’s experience with harassment. *Disclaimer: use of profanity